Seok, Hou commit to college despite being unable to visit campuses 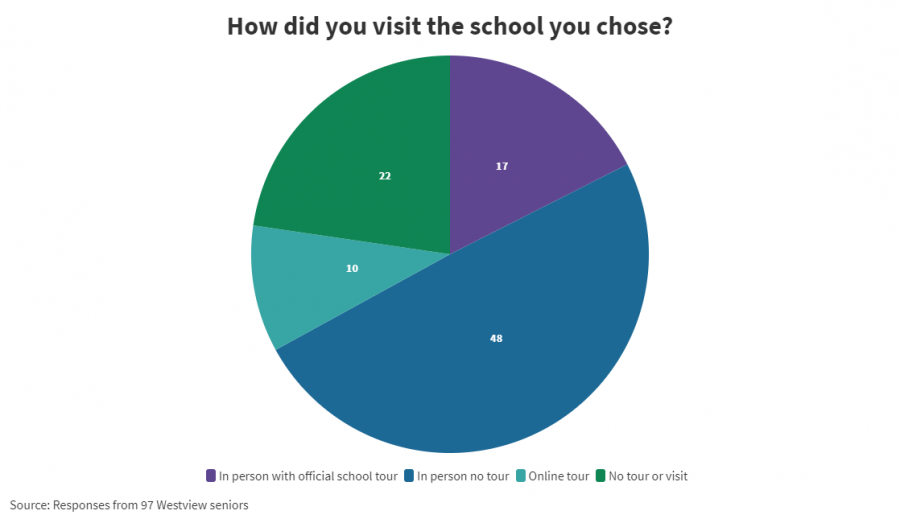 Like many other activities, traveling has been severely limited by the COVID-19 pandemic. This has prevented many seniors from visiting the colleges they planned on attending in the fall. As a result, students had to rely on other factors when choosing their school.
“I think when it came down to choosing which college I wanted to attend, the number one most important thing was I looked for the program that suited what I wanted to do in the future,” Yeonseo Seok (12) said.
Because the application process was all online, Seok said that it was challenging to narrow down her list of schools to apply to. She said it was hard to determine whether each school would be right for her.
“I had a really hard time trying to grasp if they would be a good fit for me or not and if it’s even worth applying in the first place,” Seok said. “I actually had to narrow down my college list from like 35 schools to 20. That took a lot of thought and research and really trying to figure out if the school would be a place I could see myself going to.”
Seok will be attending Boston University as a Journalism and International Relations major. In Boston, she said there are many opportunities for internships and exposure to the journalism community, which is helpful as that is the field she is looking to pursue as a career.
Joanna Hou (12), who will be a Journalism and Economics major at Northwestern University, said she focused on the academic programs each school offered.
“I definitely focused a lot of my college search on academic quality of institutions,” Hou said. “Location was a secondary factor for me. I did a lot of research particularly on the journalism school [at Northwestern] because I knew it was a career I was interested in, but I wasn’t 100% sure how I could apply a major into aspects other than [just] journalism. I wanted a school that really focused on applying media into other settings, not just the traditional print setting.”
In order to make her decision, Seok said she spent hours watching YouTube videos, reading articles, and talking to students from the campuses she was considering. Learning about the TV broadcast and internship programs available at Boston University assured her that the school would be the one to give her the most hands-on experience before her career. She said that none of the schools she was considering were in-state, so she had to rely solely on what she could learn online.
“Overall, I think I looked into every single aspect because I’m going to be spending the next four years of my life there and so when it came to researching, I think I was pretty thorough with it,” Seok said. “I had this document of where I would compare the colleges I was looking at and write down everything I learned through those videos and articles.”
Although Seok said her research prepared her the best it could, she still expressed concern about not being able to visit the campus.
“When I asked a lot of my older friends how they chose the college they’re attending, they said that when they step foot onto campus, they just knew-they just got this gut feeling that they had to attend here,” she said. “But for me, without having that opportunity to do so, I don’t get to really gauge if I will get that feeling and I only know until I move in.”

Unlike Seok, Hou found it easy to pick Northwestern because she said it had been a dream school for her for the past couple of years. Hou also had the experience of attending a virtual camp at Northwestern, meeting some of the students and professors there. That experience, she said, solidified for her that she liked the culture of the school and the people there.
Another factor that drew Hou to Northwestern was that the school does not have a set list of classes that students are required to take.
“I’m a very interdisciplinary person, so I really like everything from music to politics to journalism,” Hou said. “[The school] gives you a lot of flexibility to double major or even double major and add a minor and that was something I really wanted to do.”
Despite the difficulty of choosing a school while unable to visit, Seok said she is happy with her choice.
“I think, overall [Boston University] had the vibe that I wanted, it had the program, and it just was the perfect fit and I could just see myself going there for the next four years,” she said. “Having to decide where I’m going to go in such a short amount of time and not being able to even visit the campus and get a feel for it was really hard. I don’t even know how I decided, but it happened and I’m very happy it did.”
As for Hou, she said she is most looking forward to going to a new place.
“I’m super excited to meet new people and also to live super close to a big city,” she said. “I’m really excited to explore the new culture and look at small bookstores and coffee shops and also be in that bigger setting. It’s just going to be really exciting to have a change.”