GOLD’s Drumline is a Standout Act 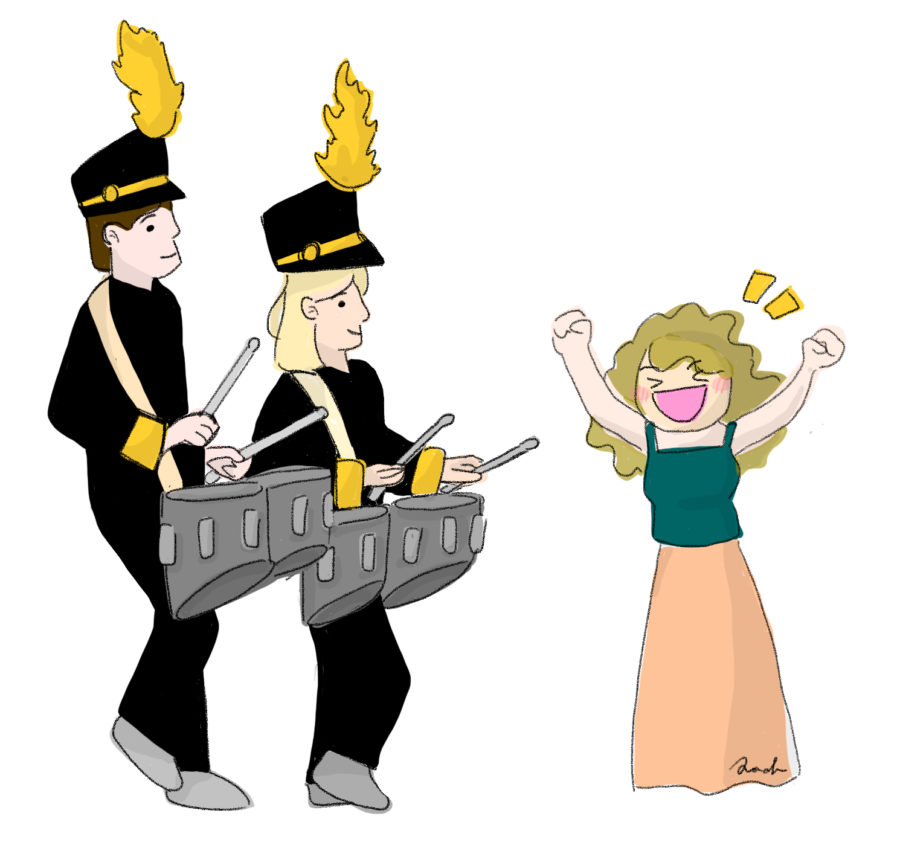 It all began one fateful August evening, in 2021. There was chatter, there was laughter, and there was a lingering question in my mind—what am I doing here?—because frankly, I was bored. It was a Westview home football game, and I was considering leaving. I’d been watching the game run its course for a while, not caring much for tactics or the scoreboard. Then, halftime was announced. I decided to wait it out. I was with friends, after all.

Halftime was enjoyable as always: there was plenty of applause for cheer’s stunts, marching band’s choruses, Cologuard’s flags, and Dance Troupe’s routine. They were all good, but it was the last group of performers that had my full attention.
There weren’t many of them, maybe four or five, but the drummers approached the bleachers with an aura of assured confidence. Then they began to play.

It started with a rumble. The performers struck the huge bass drums with mallets—a steady beat. Applause sprouted in the stands. Then, more depth. The tenor drums came in, varied notes ringing. The song began to take shape. Noise from the crowd reached a new level, with more and more students cheering along. The snare drums boomed too, rolling grandly. A rumbling of polyrhythms decorated the music. The crowd went wild.

They were amazing. Tangible energy seemed to thrum through the ecstatic crowd. As a soloist flipped a drumstick and banged out a riff, the Black Hole screamed with excitement. Everything was loud, alive, and nearly euphoric.

I eyed my friend. Both of our mouths hung open, like we’d forgotten how our faces worked. This was probably the best thing we’d ever seen at a football game. When the drummers crescendoed into the end of their song, we both stood up, clapping and hooting.
Ever since then, I have kept my eyes and ears out for the drumline at football games and pep rallies. They’re one of the reasons I’ve begun to join the Black Hole regularly. It took a mind-blowing performance to introduce me to the excitement of getting up and cheering with a crowd, screaming my lungs out like a maniac.

The drumline’s playing is enormous, explosive, and energetic, but what is truly insane to behold is the way they seem to spark an electric energy in the crowd. Band’s drumline is a standout act, and we really don’t talk about it enough.

You see, “hype” is a rare thing to come by. It’s hard to make teenagers excited about something. And I think these band kids in their polo shirts and dress shoes have genuinely unlocked a source of pure energy in the student population. Something about drum beats may just have a tendency to get human beings energized. Or maybe we have something special, some bond between our performers and spectators. Whatever the case, that spirit is something to root for.