Late start times are a blessing 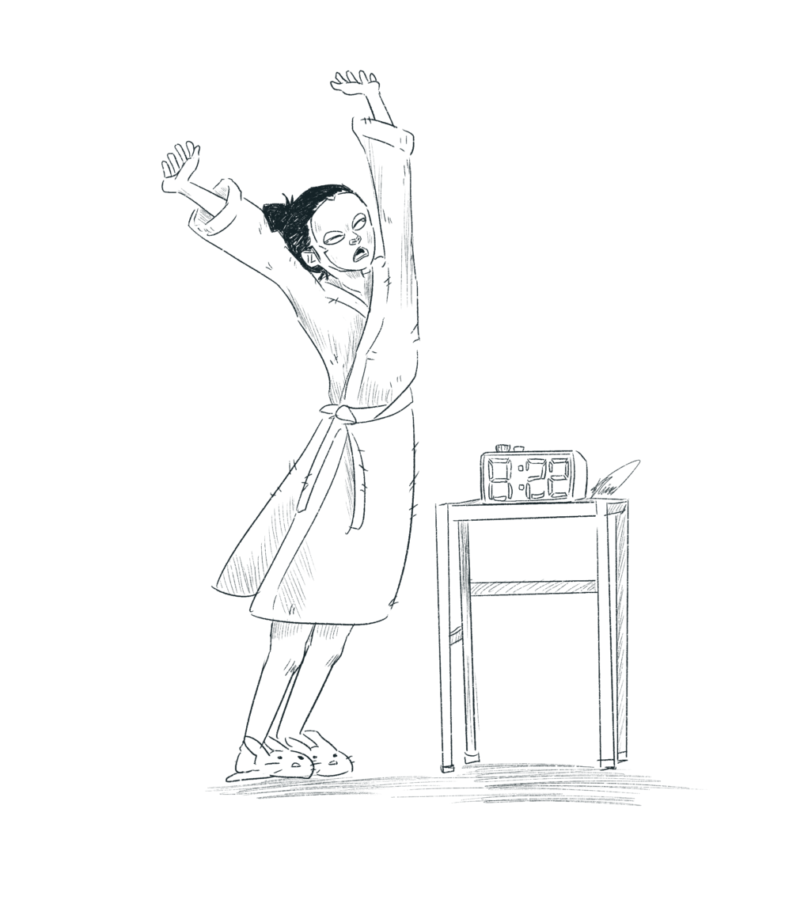 The first full day of this school year was different from the last for a few reasons. One, I was a senior. Two, the sun had risen high enough to send gentle sheets of light pouring through my bedroom window. Instead of startling up to the incessant buzzing of an alarm at 7:45, with only 10 minutes to get ready, I had been jarred awake to the same sound at 7:55, only to realize I had 30 minutes to spare.

It was a great start to my last year of high school. As I walked through the front gate, I felt at peace. All was well with the world. Relaxed by the later start time, I had even had the time to finish the first two steps of an eight-step skincare routine that I’d found online, which promised a glassy, smooth complexion. I didn’t even have to jaywalk to get to class on time.

Which is all to say that while I don’t love many things, I do love being able to sleep in a little bit. The extra 30 minutes afforded by the new late start has been an unexpected, but very welcome, addition to my morning routine. Instead of waking up at 7:50 in order to rush to my 8:05 class, I can wait until 8:20 to even roll out of bed.

Sure, getting out of school at 3:45 instead of 3:10 is a bit of a downer. Student-athletes have had to adjust to getting home later, as has anyone who participates in after-school activities. The new start time means cross-country has to run later in the evening, and that the debate team has to stay later to practice persuasive speeches. I myself have had to cope with the very real problem of leaving campus in the dark.

But those changes are very minor in comparison to the overwhelming benefits associated with the late start.

I’m not just saying this because I’m selfishly inclined to defend a change that has been overwhelmingly positive (at least in the first week I’ve been able to take advantage of it) for my own schedule. Research has found inevitable correlations between sleep deprivation and negative moods. Studies have also found that students actually learn better after being asleep for longer periods of time.

While it is ultimately a little early to make much of a conclusion on the issue, I for one am glad that Gavin Newsom was convinced of the efficacy of more sleep. Now if only my teachers felt the same.