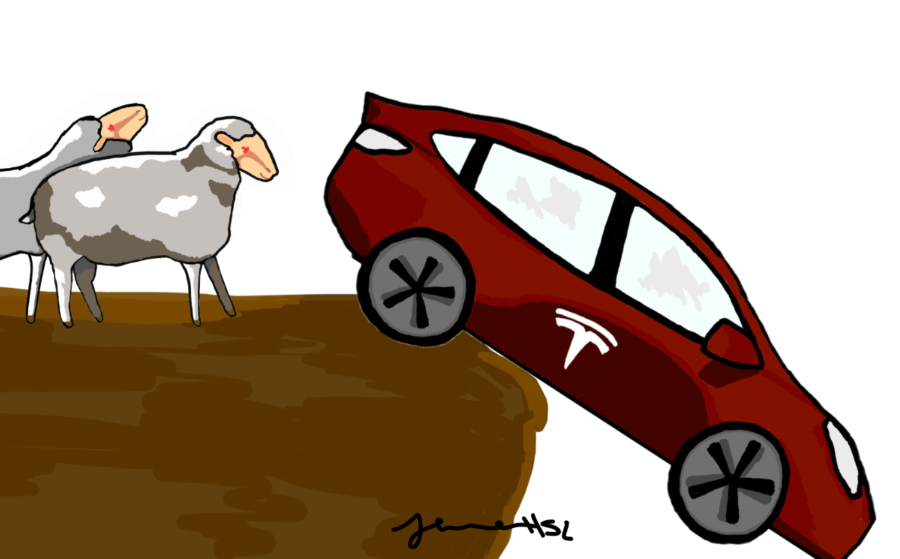 As one of the few high-schoolers I know who opted for an Android phone over an iPhone, I am often criticized for my “mistake.” Every day, I am reminded by my peers about how great Apple is, or how ashamed I should be because my Samsung “turns the text messages green.”

Sure, the empire that Apple has built is undoubtedly impressive, and the wide variety of products it releases is certainly appealing. Still, I have a problem with the self-proclaimed “Apple fanboys,” people who support Apple no matter what they release, simply because “it’s Apple!”

Much like other brand loyalists, Apple fanboys consistently fail to acknowledge the faults of Apple. Just look back to the headphone jack incident of 2016, or the recent decision to remove charging bricks from iPhone boxes, or even Apple’s groundbreaking decision to make the iPhone X cost $1,000. All of these decisions were universally hated by people who weren’t Apple enthusiasts. These decisions negatively impacted customers but, for the most part, Apple fanatics still supported the brand.

This behavior of companies choosing to make unpopular decisions because they will still have the support of their fanboys can be seen in companies and brands throughout the world. But for the most part, they are contained to technology companies whose customers have given their unconditional support for the sake of being an advocate for the bleeding edge of technology.

You can look no further than our favorite California-based car company, Tesla. While Tesla does have some of the best electric cars on the market, Tesla does not deserve all the support that it gets. The cars that garner so much praise from the fanboys have a documented history of poor product control— panels on the car often being misaligned or misshaped. And, not that Tesla enthusiasts would actually talk about it, but Tesla also uses unethical production techniques like overworking factory workers or working with companies that produce lithium batteries in environmentally harmful ways.

As annoying as the unconditional love and support from Tesla fanboys is, the most irritating trait of the Tesla fanboys are those who happen to also be Elon Musk fanatics. These fanboys have proclaimed Musk to be their pet meme and businessman messiah. They practically worship the ground he walks on and support him in all of his endeavors. But, this behavior gives Musk far too much credit. After all, he didn’t even make Tesla himself. He just bought the company from others. Musk isn’t an “amazing businessman who built himself from the ground up”. Rather, he’s simply someone born into a family with an emerald mine.

Of course, this isn’t to discredit the accomplishments that Musk has made throughout his life. He helped found many other companies and played a role in many technological advancements. He is certainly an accomplished man, but he still does not deserve all the praise he gets. With all the things he has done, he isn’t infallible and is still just a businessman who engages in unethical production tactics. Yet, fanboys of Tesla still enthusiastically back Tesla and their products with unwavering support, no matter what new information comes out about the company.

The sad part about these fanboys with an excessive amount of brand loyalty is that they do the absolute most in terms of support for companies that do little to nothing for them. The transaction between these people and Tesla was money for a car. Not money and their unconditional support for a car—an imperfect car at that. With how often I see these incidents of excessive brand loyalty, whether it’s for Apple, Tesla, Chick-Fil-A, or some other company, I only grow more confused about why this phenomenon ever became as normal as it is. At what point did we start selling these brands our support instead of these brands actually selling us quality products?